After more than four decades of motorized thrills and spills in the vast expanses of Africa and South America, the Dakar Rally has entered a third chapter 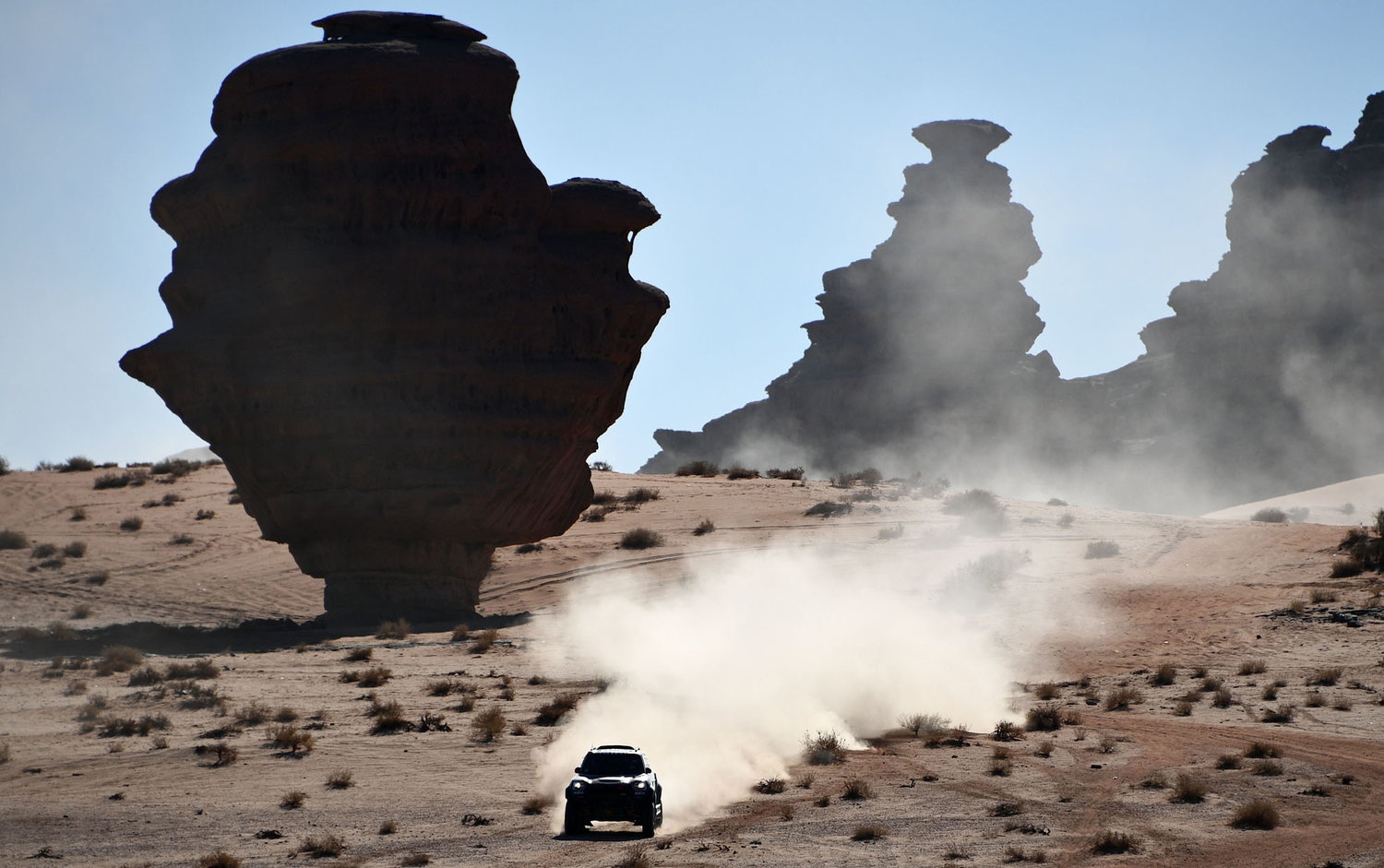 After more than four decades of motorized thrills and spills in the vast expanses of Africa and South America, the Dakar Rally has entered a third chapter in its short but storied history.

With the same elevated spirit and passion for adventure, the world’s greatest man and machine rally kicked off its 42nd annual race in Saudi Arabia, the largest country in the Middle East.

Piloting a variety of motorcycles, quads, cars and trucks, competitors set off in 351 vehicles on January 5th from the Red Sea port of Jeddah on a 12-stage race through the kingdom’s scorched landscape, covering 7,500 km that ended in the city of Qiddiya.

“A challenge for those who go. A dream for those who stay behind.” Such was the inspirational battle cry of Dakar’s founder, Thierry Sabine, when he launched the famed off-road endurance race the day after Christmas in 1978.

Less known in the U.S., the Paris-Dakar Rally as it was originally known got going after Sabine lost his way in the Libyan desert during the Abidjan-Nice rally. Rescued from certain death in the sands, the French motorcycle racer and adventurer was nevertheless enthralled by the stunning desert wilderness.

Wanting to share his experience in the dunes, he organized the first Paris-Dakar chase a year later. The inaugural competition drew 182 vehicles that took off from Place du Trocadero in Paris to the south of France before transferring to Africa and rumbling across the Sahara Desert to finish in Dakar, the capital of Senegal.

Those who completed the journey traversed 10,000 km across Algeria, Niger, Mali, and Senegal.

The Deadliest Race on the Planet

The race was a time trial test of man and his 20th century technology against one of the planet’s most inhospitable regions. Armed with little more than their wits and a compass, competitors braved sandstorms and harsh terrains to reach their ultimate destination.

Dakar grew in prestige and popularity and started drawing celebrities from other motorsport calendars such as Henry Pescarolo and Jack Ickx, both of whom were multiple champions at the 24 Hours of Le Mans.

Officials kept the itinerary varied and challenging and in 1992, Dakar launched a special edition with a route that stretched the entire length of the African continent. That year, 332 motorcycles, cars and trucks roared out of Chateau de Vincennes in Paris for a 12,427 km race that ended in Cape Town, South Africa.

Passing through 10 countries with all the landscape colors that Africa had to offer, 169 vehicles managed to clear the finish line in an epic 22-stage rally. In 2000, Dakar entered the new millennium with a race that crossed the continent from west to east and ended at the foot of the Egyptian pyramids.

At the world’s biggest rally-raid, drivers and riders crash, bog down, get lost and lapse into exhaustion as they blaze through hundreds of kilometers a day in grueling terrain ranging from sand dunes to oxygen-depleted mountain passes.

While the sight and sound of fuel-guzzling machines roaring through the desert might resemble a post-apocalyptic “Mad Max” scene, the race evokes a mystique among off-road enthusiasts who spend their own personal money to prep and travel for the rally. Most of the participants are amateur thrill seekers rather than professional racers.

Thirty years into the African experience and Dakar was forced to move to South America due to security concerns. Days prior to the start of the 2008 race, four French tourists were killed by terrorists in Mauritania, prompting officials to cancel the chase and relocate it permanently.

Still branding its old name and the Sahara-themed image of a desert nomad, the rally resumed in 2009 through the wilds of Argentina and Chile. Nearly 600,000 spectators lined the streets of Buenos Aires, which marked the beginning of the 9,574 km route that took racers through the Pampas, Atacama desert, and Andean mountains.

The Wreck & Brawl that Put Nascar on the Map

Three years later, Dakar added Peru to its club of host nations and later on, Bolivia with its 3,700m altitude stages for bikes and quads.

Running the show since 1989 is France-based Amaury Sport Organisation (“ASO”), which owns the Dakar trademark and organizes the event annually. ASO is also the entity behind the famous Tour de France bicycle race. The company specializes in promoting multi-stage marathon races on land and sea, often capturing the events with extraordinary aerial footages.

France’s Stephane Peterhansel is the most successful racer in the history of Dakar, having won 7 events in the car category and 6 in the motorcycle, including the grand Paris- Cape Town run in 1992. Siberia-born Vladimir Chagin is the all-time champion in the truck classification with 7 victories that earned him headlines as the “Tsar of Dakar”.

To date, the first and only woman to win Dakar was Germany’s Jutta Kleinschmidt who placed 1st with a co-driver in 2001 in their Mitsubishi Pajero Evolution car. In constructors, Austria’s motorcycle manufacturer KTM has dominated its category since 2000, while Russia’s truck maker Kamaz has won more races than any other big hauler.

Mitsubishi leads the pack with most triumphs in cars followed by Peugeot, Citroen, Volkswagen and Mini, all of whom registered multiple wins.

Despite the enthusiasm around the off-road competition, the Dakar Rally is not without its critics. Detractors claim the event generates more dust on its racing circuit than economic benefits for the local communities. Others label it a form of colonialism and a vulgar display of wealth and power in the face of impoverished countries.

Like most high-speed motor sports, the multi-stage rally also has its share of injuries and fatalities. Since its inception, 29 competitors have died from crashes and 45 others from incidental collisions, such as road-side accidents. Founder Thierry Sabine himself and four others were killed during the 1986 race when a helicopter they were flying in over Mali crashed into a dune during a sand storm.

Despite all and in a class of its own, Dakar invites racers to dare and dream. No other challenge mixes the romance for adventure with the limits of human endurance and motor performance.