Wimbledon- Bastion Of A Sporting Tradition 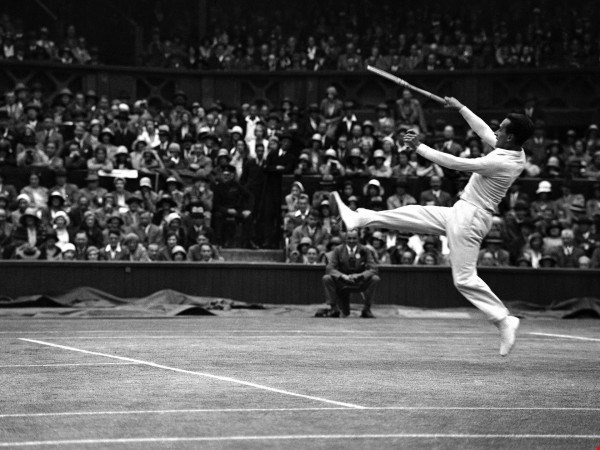 For the Brits, tradition is serious business and the annual Wimbledon tennis tournament, infused with history and etiquette, is no exception.

The oldest of the four Grand Slams, the elegant tennis affair dates back to 1877 and is the only one of the calendar Majors to be continuously played on grass courts.

At the U.S. Open, grass was abandoned for clay in 1974 and then for hard court beginning 1978. The French Open alternated between clay and sand in the early days, while the Australian Open switched to hard surface in 1988.

It was the All England Crocket & Tennis Club- All England Club- that launched the ball and racket tournament in the 19th century. Wimbledon remains the only Grand Slam organized by a club instead of a tennis association.

In front of a crowd of 200, cricketeer Spencer Gore won the inaugural Gentlemen’s Singles on July 19, 1877. The Ladies’ Singles and Gentlemen’s Doubles weren’t introduced until 1884.

For his victory, Gore collected 12 guineas and a silver cup donated by “The Field”, a sporting magazine that helped promote the tournament and is today the world’s oldest outdoor sports publication.

For the past 40 years, the Wimbledon trophy has been presented by the Duke of Kent, President of the exclusive 500-member All England Club. The original inscription since 1887 reads: “All England Lawn Tennis Club Single Handed Championship of the World”.

The monarchy has been connected to Wimbledon since King George V became patron of the club in 1910. Upon entering and leaving Centre Court, it was customary for players to bow or curtsy to royal members sitting in the Royal Box.

That tradition was discontinued in 2003 and is only followed today if the Queen herself or the Prince of Wales are present.

Most noticeable to viewers and tennis fans is Wimbledon’s strict white dress code, long cast aside at the other Majors in favor of stylish colors, designs and corporate logos.

As tennis was originally played in upper class social gatherings, sweat marks were unbecoming especially of ladies and the playing garment was kept white to hide stains.

Wimbledon retains a distinctive social character even though the tournament has grown larger than its founding club. A vestige of Victorian England’s fashionable summer munchies, strawberries and cream continue to be fan favorites on the grounds.

Along with the absence of blazoned attire on the court is the general absence of open advertising. Since 1902, sporting goods maker Slazenger has supplied Wimbledon with all its tennis balls; the association is the longest sponsorship in sports history. Robinsons fruit drinks have also refreshed thirsty Wimbledon-goers since 1935.

Since moving to its current location in 1920, the All England Club has funded facility expansions and updates by selling generations of tennis enthusiasts the same financial instruments- debentures. Holders are allotted one seat for every annual tournament over a typical period of 5 years.

Proceeds from the first certificates built Centre Court in 1922; some of the more recent issues helped fund the retractable roof which was completed in 2009.