The Deadliest Race On The Planet 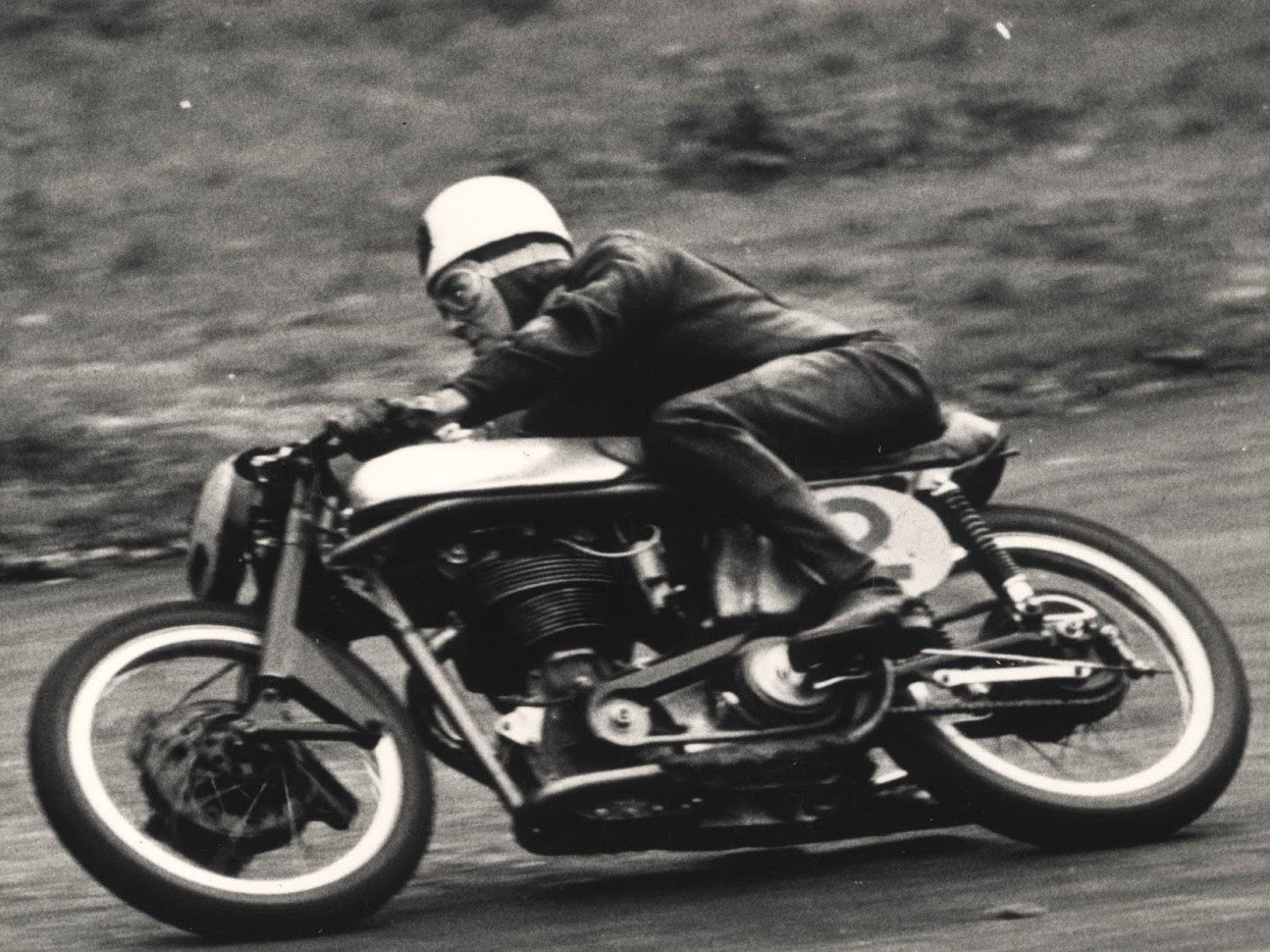 In the world of motorsport racing, pushing the boundaries of speed and chance means edging closer to death. Nobody knows that better than the daredevil riders at the annual Tourist Trophy Races (TT), the oldest and most prestigious motorcycle chase on the planet.

Since 1911, the treacherous Snaefell Mountain Course on Britain’s Isle of Man has sent 149 professional riders off their bikes and into coffins. Add the amateur Manx Grand Prix which is run later in the summer on the same circuit and the fatality figure climbs to 258, or an average of 2.4 per year. That number does not include officials and spectators who were killed during accidents.

Over a similar period of time, four-wheel racing at the Indianapolis Motor Speedway witnessed the deaths of 55 drivers and their riding mechanics. The Daytona International Speedway saw 23 car racers killed since the track opened in 1959.

In continental Europe, the 24 Hours Le Mans endurance competition claimed 22 lives, not including 83 spectators who were wiped out in 1955 when burning debris from a car crash was flung into the crowd.

The Isle of Man has been home to two-wheel racing since the early 20th century when the rest of the UK kept motorized speed limits to 20 mph. The 38-mile Snaefell Mountain Course, an open public road of twists and rises, meanders through fields and villages and is the world’s oldest motorcycle racing circuit.

The death-defying tournament includes several racing classes competing in a time-trial format: Superbike, Supersport, Superstock, Lightweight, Sidecar, Senior and Zero. Each has its own cc range and cylinder specifications. The most recent category to be added is the Zero, which joined the race in 2010 and refers to zero carbon emission vehicles, or electric motorbikes.

Average road speed among top performers at the Isle of Man exceeds 130 mph and racers have cleared 200 mph at certain stretches. English rider Peter Hickman holds the lap record at 16 minutes and 43 seconds with an average speed of 135 mph (2018). Beryl Swaine was the first female solo rider, taking up the challenge in 1962. The "Goddess of the Gas Pedals" managed 48 mph on a 50 cc Itom motorbike, alarming some officials over her safety. Females were subsequently banned from the TT until 1978.

Northern Ireland’s Joey Dunlop, an iconic hero in the two-wheel racing world, is the all-time champion with 26 TT victories to his name. The revered “King of the Mountain” who was also active in children’s charity was killed in 2000 after losing control of his bike on a wet racing surface in Tallinn, Estonia. Fifty thousand mourners showed up at his funeral.

Similar to the Earnhardt family’s legacy in NASCAR, the Dunlops are a racing dynasty whose scions won motorbike tournaments, but also met their doom on the track. Only seven months after Joey Dunlop’s fatal crash in Estonia, legendary Dale Earnhardt, Sr. was killed in the final lap of the Daytona 500.

Robert and William Dunlop, brother and nephew of Joey, respectively, both perished during competition. Second nephew, Michael Dunlop, continues to ride and was the first to complete the Snaefell Mountain Course in under 17 minutes (2016).

With 200 turns and a narrow road to negotiate, it’s not surprising that the motorized contest has averaged over 2 deaths a year. Riders blaze the path, careening along walls and poles with only inches to spare. Absolute concentration and split-second timing is key, as one flinch can bring disaster.

The TT’s deadliest year was in 1970 when six racers were killed, including three during practice. 2005 saw three TT fatalities and six Manx Grand Prix deaths in the same summer season.

For several decades until 1976, the Isle of Man event was part of the Motorcycle Grand Prix world competitions (now MotoGP), but in 1972 Italian champion Giacomo Agostini came out with a protest against the extreme dangers of the course. The ten-time TT winner was followed by other riders who boycotted the island's race, eventually taking it off the Grand Prix schedule.

Despite some calls over the years to discontinue the TT racing festival, fiercely loyal followings and economic benefits to the Isle of Man have kept the notorious event going for over a century.

If tradition ever comes with a deadly sacrifice, then the TT is certainly a winner.