When It Comes To Sport, This Island Punches Above Its Weight 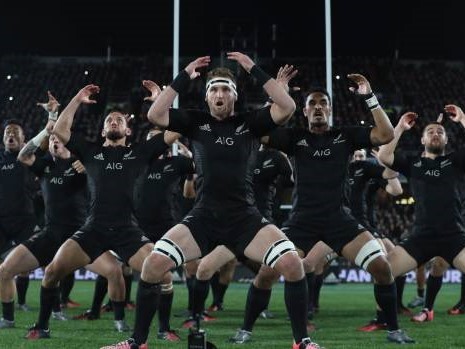 It is an article of faith for many New Zealanders that their country ‘punches above its weight’ in sport.

Rugby union, where the All Blacks and Black Ferns, New Zealand’s national men’s and women’s rugby teams, have won over 70% of their matches and three and four World Cups respectively, is the sport most frequently cited in support of this claim, alongside other champion sportspeople such as Scott Dixon who has recently won his fifth Indycar title.

Why does sport mean so much to so many New Zealanders? The enduring resonance of sport is explained by its capacity to align itself to evolving stories of community and national identity.

For Māori, the indigenous people of New Zealand, physical activities developed coordination and transmitted tribal lore. For European settlers who came to New Zealand during the nineteenth century, and became numerically and politically dominant by 1860, the act of playing British sports such as cricket and rugby union demonstrated a core feature of Anglo-Saxon civilization.

‘Manly’ character-building activities were shown to be transplanted to the farthest outpost of the British Empire.  Moreover, the ready availability of sport affirmed another key tenet of New Zealand’s self-image: that it was an egalitarian society, upholding the best British values while avoiding the evils of urbanized and class-conscious England.

That Māori proved eager to participate in sport, particularly rugby union and horse racing, reinforced another core belief: that New Zealand had the best race relations in the world.  It was through the 1888-89 ‘Native’ rugby team that New Zealand acquired its most enduring symbol of national identity, the black jersey with a silver fern.

Despite its geographical isolation, New Zealand was integrated into the circulation of people and commodities from the early nineteenth century, resulting in the movement of sportsmen such as Timaru-domiciled boxer Bob Fitzsimmons to the United States during the late 1890s where he won world championships in three different weight divisions.

The accessibility of sport, its almost universal endorsement from the commercial, political, educational, tribal and media sectors, along with early precedents of international achievement, created an attachment to sport that has proven enduring.

As New Zealand became more multicultural in its ethnic composition and women took a greater part in sport, so too did narratives of sport evolve.  Since the 1980s, the growing presence of athletes of Maori, Pacific and Asian ancestry in national teams has been cited as proof of New Zealand as a multicultural and meritocratic – albeit increasingly unequal - society where ‘anyone can make it’.

The most significant challenge New Zealand sport has encountered is its relationship with apartheid-era South Africa.  The exclusion of Maori players from All Black rugby teams which toured South Africa in 1928, 1949 and 1960 became increasingly controversial, because it undermined the core principle of sport as a ‘level playing field’ for Māori and Pakeha (the name given to peoples of European ancestry in New Zealand).

By the 1970s, many within New Zealand and overseas saw ongoing rugby contacts with South Africa as an endorsement of apartheid.  New Zealand attained international infamy when 28 nations boycotted the 1976 Montreal Olympic Games in protest at the All Blacks tour of South Africa that year.  The 1981 South African tour to New Zealand generated unprecedented scenes of civil unrest, with many matches taking place on grounds whose perimeters were protected by barbed wire.

Within rugby union, dissent was also apparent with Graham Mourie, the incumbent captain, standing down from playing South Africa owing to his opposition to apartheid.

Somewhat ironically, it would be the actions of the protest movement that partially retrieved New Zealand’s reputation, particularly in retrospective narratives positioning the anti-tour movement as upholding New Zealander’s innate humanitarianism against a myopic focus on sport.

The omission of South Africa from the inaugural 1987 Rugby World Cup, which New Zealand won, allowed rugby union to regain its status as the ‘game for all New Zealand’, a status it retains to this day.

Other articles enjoyed: When Rugby Lost Out To Football, Rugby's Mystique