A Defunct Team And The Greatest Sports Deal Ever

A Defunct Team And The Greatest Sports Deal Ever 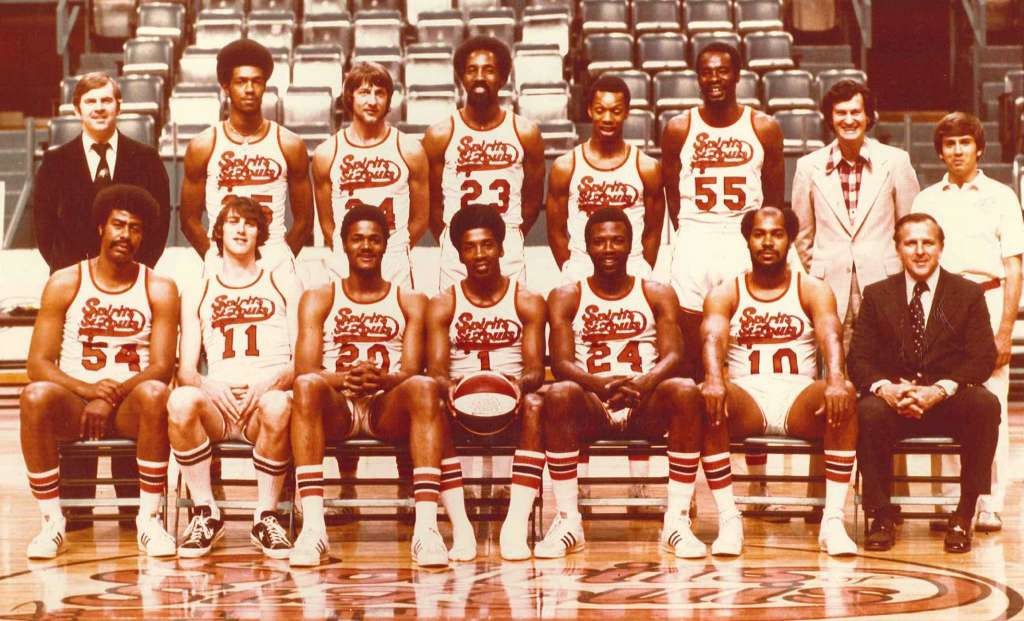 50 years ago this month, the upstart American Basketball Association (ABA) played its first championship series. A colorful and dynamic league, the ABA was launched in 1967 and within ten years succeeded in forcing a merger with its rival, the NBA.

While some of the ABA teams were absorbed into the newly-expanded organization, others were simply dissolved.

But one of the entities tossed into the heap of basketball history, the Spirits of Saint Louis, ended up generating a jackpot return that would even light up Wall Street.

Branding a flashy and wide-open style of play, the ABA managed to recruit stand-out athletes like Julius Irving (Dr. “J”), Moses Malone, Billy Cunningham and George Gervin, all of whom would go on to become NBA Hall of Famers.

The ABA was popular with fans but struggled financially due to lack of TV contracts. Investors were able to pick up a squad at half the cost of an NBA franchise with hopes that a merger would raise the value of their assets.

In 1974, brothers Ozzie and Dan Silna, flush with cash from the sale of their textile business, bought the ABA’s failing Carolina Cougars for $1 million and moved them to Saint Louis.

Earlier, the two had tried but failed to purchase the Detroit Pistons. When the merger was later announced, the Spirits were also shut out from the expanded league. But as fortune had it, the Silnas would avenge their frustration and anger with the sports deal of a lifetime.

Exhausted from waging bidding wars for players and fans, the NBA finally relented to a merger in 1976. Of the seven ABA clubs still competing, only four were allowed in: New York Nets, Denver Nuggets, Indiana Pacers, and San Antonio Spurs.

One team, the Virginia Squires, had recently folded and the other two, the Kentucky Colonels and Saint Louis Spirits, were offered buyouts to disband. The owner of the Colonels accepted a $3 million takeout, but the Silnas held out for more.

The Spirits had accumulated a talent pool that leveraged their bargaining power. On the court, they employed All-Stars like Moses Malone, Marvin Barnes and Maurice Lucas. Their local play-by-play announcer was the young Bob Costas.

Since only 4 of 7 ABA franchises were accepted, the Silnas negotiated $2 million up front, plus a portion of TV broadcast revenues equal to 1/7 of the amount received by those 4 selected teams.

The kicker? The tenor of the contract would be “for as long as the NBA or its successors continues in its existence”- basically, in perpetuity.

Since TV earnings were insignificant at the time and all the relevant parties were anxious to launch the new league, the agreement was signed off in heat and haste.

But nobody, including Ozzie and Dan Silna, expected the NBA to explode as it did in the 1980’s and 1990’s, ushering in the modern era of lucrative TV contracts.

With the NBA growing to 30 teams, the 4/7 formula resulted in payments equivalent to 2% of the entire league’s broadcasting rights (4/7 x 1/30). The old owners of the Spirits were now collecting windfalls for a phantom team that had no payroll and no operating expenses.

Nearly four decades later, the cumulative amount paid out was estimated at $300 million. With more profitable broadcasting contracts set to be renegotiated, the NBA finally decided to settle out of their endless Silna obligation.

In 2014, the two brothers walked away with a conditional $500 million buyout, bringing their overall take from a defunct basketball team to $800 million.

The “greatest sports deal ever” would become as much a legacy of the ABA as its teams and players.