The Mysterious Death of a Champion Stallion 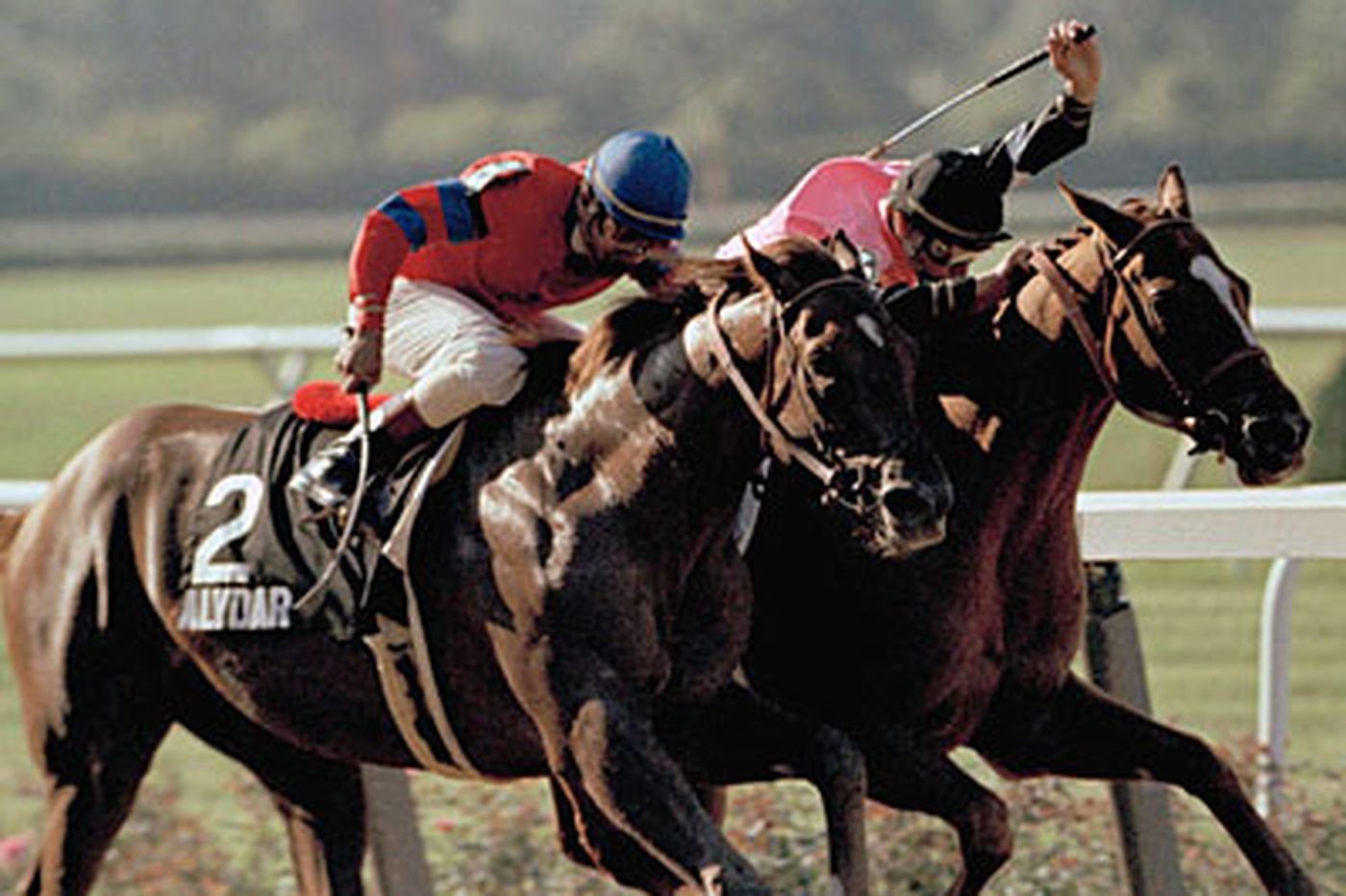 Alydar running neck and neck with his rival, Affirm, at one of the 1978 Triple Crown races. In 1990, Alydar was euthanized at his home in Calumet Farm under suspicious circumstances surrounding the financial collapse of its owner.
Posted Sunday, November 1, 2020 8:00 am

Thirty years ago, Triple Crown contender Alydar was put to sleep under suspicious circumstances by its owner, Calumet Farm. As it turned out, Calumet, one of the country’s leading race horse breeding operations, was in dire financial straits and Alydar carried the most lucrative insurance policy in the business.

The events and follow-up investigations around the death of a champion horse and the financial shenanigans of its owner had all the hallmarks of a made-for-Hollywood murder mystery.

One of the leading thoroughbreds of the 20th century, Alydar finished in the money in 24 of the 26 races he entered during his career; he placed first in 14 races, second in 9, and third in 1. Earning almost $1 million in purse money for his owners, the chestnut stallion was inducted into the Racing Hall of Fame in 1989 and ranked #27 in the top 100 of U.S. thoroughbred champions by Blood-Horse Magazine.

On the track, Alydar was best known for his rivalry with Affirmed, the 1978 Triple Crown winner who beat him by 1½ lengths at the Kentucky Derby, then by a neck at the Preakness, and then by a head at Belmont. The last chase in New York saw one of the most exciting runs in the sport’s history when the two equines dueled side-by-side from the middle of the far turn until the finish line.

In each one of the three marquee events, Alydar fell just short of the winner’s circle and came in second. But where the proud horse truly claimed his undisputed primacy was in the breeding shed.

The Ladies of the Triple Crown

Alydar was foaled in 1975 on Calumet Farm in the bluegrass hills of Lexington, Kentucky. Founded by William Wright in 1924, Calumet lay claim to a tradition of stakes winners, including Triple Crown champions Whirlaway (1941) and Citation (1948). They were both piloted by Eddie Arcaro, one of the greatest jockeys in the annals of pure-bred racing.

Lucille’s descendants, mostly through her only son Warren, Jr., showed more interest in extracting dividends from the family business than in actively managing the farm.

The society lady and heiress of a racing dynasty was aghast when her granddaughter Cindy married the son of a tenant farmer from a nearby property who ingratiated himself into the blue-blooded family. An uncouth good old boy, J.T. Lundy harbored fierce ambitions and when Lucille died in 1982, he took over as President of Calumet.

The new man at the helm didn’t waste any time. With a debt-free balance sheet, Calumet had no problems taking out bank loans for capital restoration projects. Lundy added a veterinary clinic, an equine swimming pool, and went on expensive buying sprees for more horses. He also took on a lavish lifestyle with a private jet and property in Florida.

The equine market in the early 1980s was exploding, fueled by Texas oil money and investments that were pouring in from Japan and the Middle East. But then the bottom fell out of the oil market, leading to a slump that was also compounded by the loss of certain horse related tax credits. By 1990, Calumet was saddled with unsustainable levels of debt and the farm was losing $1 million a month.

Alydar was Calumet’s main cash producer. Some in the business even referred to him as Lundy's ATM. He was serving 100 mares a year, which made him the leading sire of the day commanding $250,000 in stud fees. The big boss had also introduced lifetime breeding rights for his star performer. For a fee of $2.5 million, owners could breed their mares once a year for as many years as Alydar could fulfill the function.

The stallion did not disappoint and his foals who went on to win Grade 1 stakes included Alysheba (1987 Kentucky Derby & Preakness), Easy Goer (1989 Belmont), Strike the Gold (1991 Kentucky Derby) and many others.

On the night of November 13, 1990, Alydar was found in his stall at Calumet Farm with his hind leg shattered. Emergency surgery was performed the next day, but the 15-year old  broke his leg again under his own weight and on November 15, he was put to sleep.

The official explanation remained that Alydar apparently kicked the stall door with such great force that his leg was entangled in the broken wall and when he tried to pull it back it became injured. But not everyone was convinced, especially since Alydar was not in the habit of kicking the door, let alone with all that fierce power.

Around that period and unknown to the public, Lundy was struggling with loan payments and unpaid insurance premiums. In October of 1990, First City Bancorp out of Texas threatened Calumet with foreclosure unless $15 million of their original $50 million loan was repaid.

Simultaneously, one of the insurance carriers informed the farm that they would not renew Alydar’s ‘equine mortality’ policy in December. Hypothetically, it was the  moment to kill Alydar and collect on the insurance before it lapses. Upon Alydar's death, the adjusters approved the claim, Calumet collected $37 million, and First City was paid $15 million.

Lundy managed to stave off the bank, but only temporarily. Within months, Calumet filed for Chapter 11 bankruptcy and the former President was out the door.

Against the background of the Savings & Loan bank crisis of the late 1980s, an entire world of fraud and mismanagement at Calumet was exposed. First City Bancorp’s Vice-Chairman, Frank Cihak, was approving loans to Calumet in exchange for bribes and breeding access for his own personal equine interests.

Jockey Club records revealed that by 1990, more than half of Alydar’s mounts were either given away to Lundy’s friends, or were prepaid much earlier.

Years of investigations and a trial followed. In 2000, Lundy received a 4½-year jail sentence for bank fraud, conspiracy, and bribery convictions. Separately, First City Bancorp, once the largest independent bank holding company in Texas, went into federal receivership and its assets liquidated.

Government lawyers did suggest that Alydar was killed for the insurance money, but they couldn’t prove it. U.S. District Court Judge Sim Lake noted in his final words at the trial before sentencing Lundy, “I am not able to conclude by a preponderance of evidence that Mr. Lundy is responsible for the death of Alydar”. The case wasn't pursued any further.

Alydar, the champion racer and legendary sire, is buried at Calumet Farm, which was purchased out of bankruptcy in 1992 and is owned today by a private investment group.