The Golf Caddie: From Handler To Hall of Famer 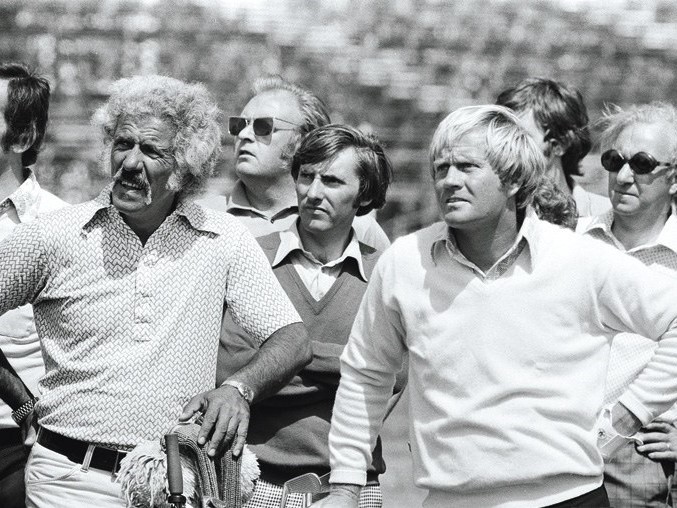 Clifford Roberts, co-founder and long-time chairman of the Augusta National Golf Club once commented, “As long as I’m alive, all the golfers will be white and all the caddies will be black”.

Roberts’ self-declared social order remained unbroken for most of his autocratic tenure at the famed Georgia golf course. The standout exception was Lee Elder, who became the first African-American to play the Masters Tournament in 1975.

Twenty years after Roberts’ suicidal death on Augusta’s own grounds, Tiger Woods turned that racially-charged antebellum vision upside down. The young golf phenom won the Masters in 1997, blazing the course in a record 270 (-18) and even yet, with a white caddie in toe.

For generations, black handymen who worked the bags at golf courses were drawn from local communities, similar to the early caddies in Scotland and England who scratched meager wages chasing balls and carrying clubs for their overlords.

The term “caddie” originated from the military’s cadet rank and referred to an errand boy, especially a water porter. It eventually morphed into the modern-day, two-legged packhorse who walks the course with a golfer.

Over time, the role of caddies evolved beyond menial club handlers. The task became a craft that utilized knowledge of ground, distance and wind to help players with their strategies. Golf icons Gene Sarazen and Jack Nicklaus are just two prominent pros who credit their caddie experiences to the brilliant careers they forged.

With broadcasting money rolling into the game beginning in the 1950’s, the unsung heroes at the wings became part of televised teams. The stakes were high, the pressure was on, and players needed more than just tacticians by their side.

Caddies transformed into whisperers, psychologists, and trusted companions who celebrated and comforted their bosses through the ups and downs of a tournament grind.

For 20 years beginning in 1963, Angelo Argea (photo above) looped for Jack Nicklaus, standing next to him in 44 of his 73 PGA Tour wins. The Greek-born caddie was valued more for his moral support than for his read of the grounds.

Asked by a golfer once what he does for Jack, Argea replied: “…When he’s not playing well, one, remind him that he’s the best golfer out there. And two, that there’s plenty of holes left.”

Seemingly casting a benign role, caddies still need to remain on high alert. At the 2001 British Open, former #1 golfer Ian Woosnan finished 3rd after receiving a 2-stroke penalty for carrying 15 clubs in his bag instead of the maximum allowable 14. His caddie Myles Byrne was responsible for the error.

Towards the end of the 1990’s, golf purses exploded and the typical profile of professional wanna-be-caddies changed to college educated white males. The Caddie Hall of Fame also opened up in 1999, an effort to elevate the profession’s achievements and stature in golf and in the sporting world.

All of a sudden, a 5%, 7% and 10% take on Tour cuts and top ten winnings became rock star earnings for someone who just needed to follow the old caddie dictum: “show up, keep up, and shut up”.

But just like in all sports today, cash prize distributions in the caddie world are skewed to the top. It's difficult for a totter to make a living unless he's working for a top-100 golfer.

In 2015, the Association of Professional Tour Caddies filed a $50 million lawsuit against the PGA Tour for improved health and pension benefits. That decision is still pending on appeal.

Other articles enjoyed: The Great Golf Marathon, Oldest Public Golf Course, Meltdown At The Masters, Rise of Americans At The Open, Tiger Purrs, But Can He Roar