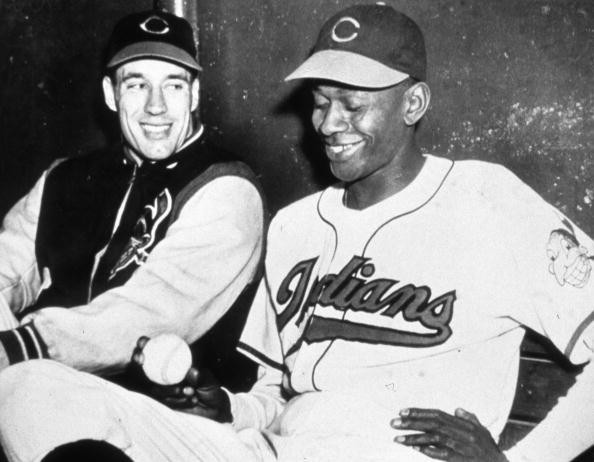 When “Satchel” Paige signed with the Cleveland Indians 70 years ago, an editorial column in The Sporting News chided team owner Bill Veeck for making a farce of the national pastime. At age 42, Alabama-born Paige became the oldest rookie in Major League Baseball history.

But Veeck knew the real farce had been that Paige, arguably the best and certainly the most well-known hurler in the Negro League, did not have the opportunity to prove his skills in the Majors due to racism.

Paige’s storied career, which started in 1926 with the Chattanooga Black Lookouts, included six seasons in MLB and a World Series well past his prime.

When the master of fastballs was picked up by the Indians in 1948, he had already outshined his Negro League teammates and competitors with his pitching talents, charismatic personality, and showmanship demeanor.

That combination also generated success for him with leagues in Mexico, Canada, and the Caribbean and through winter barnstorming games against white players.

Although not accorded the same historical acclaim as Brooklyn Dodgers’ Branch Rickey who signed MLB’s first black player (Jackie Robinson), Bill Veeck had an important role in the integration of professional baseball.

A year before Paige took the mound with the Indians, Veeck had added to his roster 23-year old Larry Doby. The center fielder was the first African-American athlete to break the color barrier in the AL. Robinson had done so in the NL just three months earlier.

On July 9, 1948 against the St. Louis Browns at Cleveland Municipal Stadium, Paige became the first African-American to pitch in the AL. He threw for two innings, giving up 2 hits and no runs.

A month later, with over 51,000 fans in attendance at Chicago’s Comisky Park, Paige beat the White Sox 5-0. Before the summer was out, he would shut the Sox again 1-0 to a throng of 78,000 game-goers in Cleveland.

Paige finished the season with a record of 6-1 (2.48 ERA) as the Indians won the AL pennant and went on to face the Boston Braves in the World Series.

The unlikely rookie appeared briefly in Game Five of the Series, tossing no hits in two thirds of an inning. The Indians ended up champions and Paige became the first black pitcher in a Major League World Series.

After the 1949 season, Veeck sold the team but Paige failed to receive a contract from the new owners. However, when Veeck purchased the St. Louis Browns in the summer of 1951, he re-enlisted his former pitching virtuoso.

Paige had his best MLB year in 1952, wrapping up a 12-10 performance (3.07 ERA) and becoming an All-Star. Though, his playing days with the pros ended the following year when Veeck once again sold his team.

But the celebrated ball player did not disappear from public consciousness. Two decades on, in a publicity stunt orchestrated by Charles Finley, the flamboyant owner of the Kansas City Athletics, Paige stepped on the mound for the last time.

The Athletics had signed him on to be their starting pitcher in a 1965 game against the Boston Red Sox.

As the “Satchel Paige Night” was getting ready to be played, the 59-year old honoree sat in a rocking chair in the bullpen while a nurse rubbed his arm with liniment.

The old-timer pitched three shut-out innings and gave up only one hit, a double to Carl Yastrzemski. While only 9,000 spectators showed up to watch, the ageless legend walked off to a standing ovation.

Inducted into the Baseball Hall of Fame in 1971, Robert Leroy “Satchel” Paige showed enough flash during his final six seasons to illustrate that baseball fans had truly missed out from his early career.

In the end, baseball was the loser, not Paige.

Kevin Mitchell is the author of “Last Train To Cooperstown”, available for sale on our site. He can be reached at: kevlephmitch@gmail.com @Lasttraintocoop @blackrootsinbaseball linkedin.com/in/kevin-l-mitchell