Two NBA outsiders rake in $800 million on a defunct team 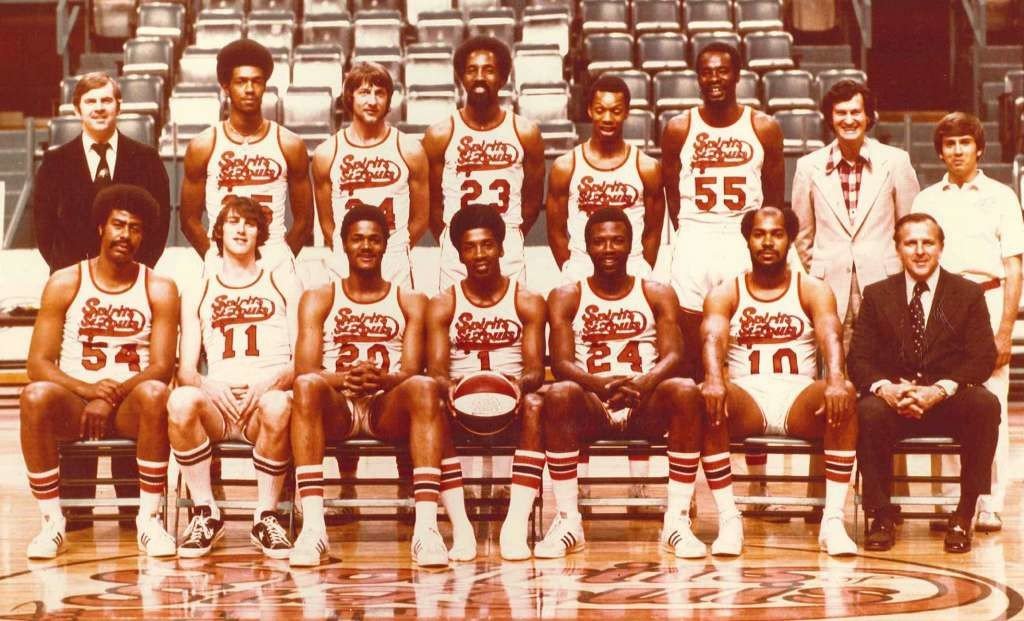 The Spirits of St. Louis, an ABA franchise that played only 2 seasons from 1974-76. Their owners, Ozzie and Daniel Silna, were forced to dissolve the franchise in exchange for a deal that would prove to be an unexpected financial bonanza.
Posted Sunday, March 7, 2021 8:00 am

Turning personal frustration into a financial bonanza was the last thing Ozzie and Daniel Silna expected. But that’s exactly what happened to the owners of the Spirits of St. Louis basketball team when they were shut out from the 1976 ABA-NBA merger.

Forced to accept a dissolution fee for their franchise, the Silna brothers negotiated a smaller payment upfront, but with a sliver of future TV earnings. It would be the deal of a lifetime.

1967 saw the launch of the American Basketball Association (ABA), a shaky but promising league that went head-to-head against the established NBA. Innovative and dynamic, the ABA played with a tricolored basketball- red, white, blue- and introduced the 3-point line that added to the game's excitement.

The upstart organization managed to recruit the likes of Julius Erving (Dr. “J”), Moses Malone, Billy Cunningham, and George Gervin, all of whom would go on to become NBA Hall of Famers.

The ABA was popular but struggled financially due to lack of TV revenues. Investors who couldn’t break into the senior circuit were able to pick up an ABA squad at a fraction of the cost on hopes that a merger would raise the value of their assets.

Prospects for reaching that goal were uncertain and teams fell apart under financial strain. But within 10 years, the bidding wars between the ABA and NBA for players and fans had exhausted executives and a merger was finally forced.

Do you shop on AMAZON?  Support us at SPORTS HISTORY WEEKLY by clicking here for ANY of your AMAZON purchases

Only 4 of the remaining 7 ABA teams (11 started out) were absorbed into the expanded NBA: New York Nets, Denver Nuggets, Indiana Pacers, and San Antonio Spurs. Of the 3 that were left out, the Virginia Squires had folded in the prior weeks, and the Kentucky Colonels and Spirits of St. Louis were offered buyouts to disband.

John Brown, owner of the Colonels and future governor of Kentucky, walked away with a $3.3 million payday. But the partners behind the Spirits held out for something different.

It wasn’t the first time that Ozzie and Daniel Silna encountered setbacks with the NBA. Two years earlier, flush with cash from the sale of their lucrative textile business, they tried to purchase the Detroit Pistons but the team ended up in the hands of William Davidson, an automotive glass manufacturer.

Disappointed, the Silnas turned their attention to the ABA and acquired the failing Carolina Cougars.

An east coast family, the Silnas lived in New Jersey but were searching for an optimal market to stake roots for their new sports franchise. They moved the Cougars to St. Louis, the biggest city in America at the time without a professional basketball presence.

Rebranded the Spirits of St. Louis, the team started playing in 1974 to heightened expectations, but they would last only 2 seasons.

The new pride of St. Louis went 32-52 in their inaugural year and managed to upset the New York Nets at the playoffs before losing to the Colonels for the Eastern Division title. The following year, they closed out at 35-49 and settled into a 6th place finish.

Attendance at St. Louis’ 18,000-seat Arena cratered and the Spirits were lucky to draw just a thousand spectators to their games. The owners considered relocating the team to Salt Lake City, though at that point the ABA was on the verge of financial collapse.

Farewell to a Harlem Globetrotter

When merger talks began in the summer of 1976, the Silnas had already accumulated a talent pool that leveraged their bargaining power with the NBA. On their payroll, they listed All-Stars Moses Malone and Marvin Barnes, plus future 2-time NBA champion Michael Carr. Their local play-by-play announcer was the young Bob Costas in his first job out of Syracuse University.

While the franchise itself was being tossed into the heaps of basketball history, the owners weren’t ready to walk away quietly. They felt entitled to a piece of the NBA that the other 4 teams were granted.

With the help of a shrewd and visionary lawyer, Don Schupak, they negotiated for $2.2 million in cash plus 1/7 of future TV revenues, since 7 ABA members were still playing when the league was undone.

Schupak also added a kicker to the contract, which at the time was deemed inconsequential but years later made all the difference. The tenor of the agreement was to be “for as long as the NBA or its successors continues in its existence”- effectively, in perpetuity.

Ironically, it wasn’t greed that drove the Silnas to negotiate a financial toehold inside the NBA, but a strategy to acquire a team at a later date.

Cable was still in its infancy and most games were shown on tape delays. Exasperated and eager to close the merger before the start of a new season, the NBA went along with Schupak's demands.

But nobody expected the league to explode as it did in the 1980s and 1990s. The arrival of Magic Johnson, Larry Bird, and Michael Jordan lit up the NBA, ushering in a new era of basketball fandom and all the dollars behind it.

Do you shop  on AMAZON?  Support us at SPORTS HISTORY WEEKLY by clicking here for ANY of your AMAZON purchases

What’s more, they were collecting for a phantom team that didn't play, had no payroll, no operating expenses, and no marketing budget. By 2014, their total accumulated earnings reached $300 million and there was no expiration date on the horizon.

In the 1980s, the former ABA members had discussed buying out the Silnas for $5 million but it was not pursued. A decade later, they offered substantially more but it was rejected. By 2014, the NBA had enough.

The league was negotiating a new $24 billion, 9-year broadcasting deal, three times larger than the previous agreement, and it was time to settle out of their bloodletting obligation.

In April, 2014, the Silnas walked away with a $500 million buyout settlement, bringing their overall take from a defunct basketball team to $800 million.

81-year old Ozzie and his 69-year old sibling never got their NBA franchise, but they were the beneficiaries of the greatest sports deal. Their story was as much a legacy of the ABA-NBA merger as the teams and players.