Playing The First French Open During A Revolution 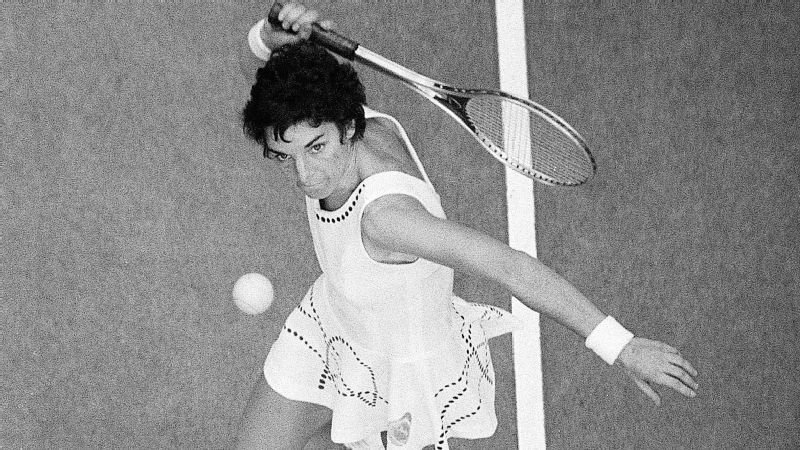 Julie Heldman, semifinalist at the French (1970), Australian (1974), and U.S. (1974) Opens. Her new memoir, "Driven: A Daughter's Odyssey", is “a remarkable story of family, tennis history, abuse, mental illness, tenacity, and recovery.”
Posted Sunday, May 19, 2019 8:00 am
By Julie Heldman, former world #5 professional tennis player and author of 'Driven: A Daughter’s Odyssey'.

In the late 1960s, the Western world was a boiling political mess, filled with dissent, assassinations, and protests in the streets. Tennis politics were also undergoing colossal changes.

Since the late 19th century, almost all tennis tournaments had been limited to amateurs. But top players trained hard and they needed to earn a living, so many tournaments circumvented the rules by paying players “under-the-table,” an unhappy open secret deemed “shamateurism.”

For decades, there were efforts to stop this charade and by March, 1968, the game’s administrators finally voted to permit the four major championships (Wimbledon, U.S., French, and Australian) to become “open” to both pros and amateurs, and to provide legal prize money.

After the vote, the French Open was the first major scheduled to take place, but all of France was in chaos due to massive general strikes that disrupted normal life. Charles de Gaulle, the country’s leader, reacted by surrounding Paris with troops.

Immediately before the French Open was due to begin, I was playing a tournament in Northern Italy. News about France was scarce, but I gleaned what I could from the International Herald Tribune, which published scary reports from France. As the crisis deepened, I phoned the tournament referee in Paris, who told me everything was fine.

The very next day, the Herald Tribune began predicting a French revolution, so I called again and this time I was told: “All the Paris airports are closed, so you’ll have to fly to Brussels, and we’ll pick you up there.”

In other words, the situation had become grave, but I forged ahead. When I landed at the Brussels airport in mid-afternoon, no one was there to greet me. But as I wandered around the terminal, I nearly tripped over a few guys who were spread out on the floor next to mounds of tennis rackets. They too were waiting to be rescued, but they’d been there for hours and hadn’t heard a thing.

About five hours later, a French Open representative showed up and informed us that they’d hired a bus to take us to Paris. As we rode through the Belgian and French countryside, nothing looked out of the ordinary, but once we entered the outskirts of Paris all went quiet because the streets were dark and empty, so unlike the City of Light.

The tournament representative walked up the aisle of the bus and explained that because there was no gasoline in Paris, the driver would need to return to Brussels that night and he wouldn’t be able to deliver us to the hotels where we had reservations. Instead, he’d drop all of us off in the Porte D’Auteuil area, the population center nearest Roland Garros where the French Open was played.

In the Porte D’Auteuil area, the bus stopped at every flea-bitten hotel and the tournament representative hopped out to ask how many rooms were available. At the third stop, around 10:30 PM, they asked for volunteers and I raised my hand. So did a young Aussie woman, and just like that we got to share a double bed for the night. The hotel’s elevator was broken, so we hauled our heavy luggage up four flights and called it a night.

After breakfast, we packed our tennis bags, tucked our rackets under an arm, and hiked the one mile to Roland Garros. The streets were eerily quiet. There were few cars and fewer pedestrians, and most stores were shut. But we had a good practice.

That night, my roommate moved out to the players’ hotel, which was modern and had more amenities. It was on the Right Bank, far from Roland Garros, but the tournament provided transportation there. I decided to stay in my fourth-floor walkup. It was barely tolerable, but if Paris gasoline dried up even more, the others would be stuck in the middle of town, and I could always walk to the courts.

I fell into the rhythm of playing a tournament: eat, practice, shower; eat, play a match, shower, endlessly.

But one night I couldn’t contain my curiosity about the events on the Left Bank, the center of Paris' tumult. I took the Métro to the Odéon stop, and with trepidation I headed up the stairs into the jet-black night.

On my right I could barely make out waves of Gendarmes (Paris Police) who were wearing their traditional black capes, which were actually vicious weapons because they were lined with lead. On my left were thousands of protestors gearing up for conflict. I didn’t see any guns, but I got the picture.

I ran back down into the Métro to get the hell out of there. No more curiosity about riots. I stuck to tennis.

Julie Heldman was a semi-finalist at the French Open (1970), the Australian Open (1974), the U.S Open (1974), and a quarter-finalist at Wimbledon (1969). Her memoir, 'Driven: A Daughter’s Odyssey', is “a remarkable story of family, tennis history, abuse, mental illness, tenacity, and recovery.”  The book is available for sale on our site.

Other Articles Enjoyed:   Looking Back With Australian Tennis Great, Ken Rosewall, Arthur Ashe, The King And I, Steffi Graf And A Tennis Year To Remember