The bulletin went out to all parents, students and staff: “Following months of discussions and careful deliberations, the school board has decided to change the name of Thomas Jefferson High School to Glenville High School." 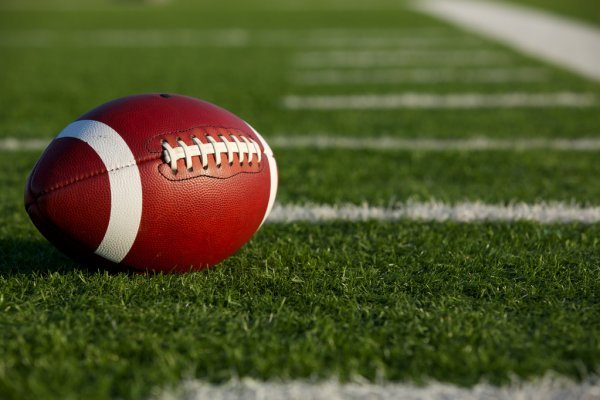 The bulletin went out to all parents, students and staff:

“Following months of discussions and careful deliberations, the school board has decided to change the name of Thomas Jefferson High School to Glenville High School.”

Nobody was more delighted at the announcement than T.J. Baker, the school principal. After 4 years of running Jefferson, he built another legacy he could point to. At Ridgewood, he had raised the test scores of a seemingly hopeless student body. But arriving to Jefferson, his goals ballooned to ambitions.

“They just renamed Jefferson. Some new parents were complaining that Jefferson owned slaves and his name shouldn’t be associated with Glenville.”

Joe’s reaction was acceptance rather than shock, or even surprise. In his corner of the world, football is all that mattered. As long as the school didn’t slash his budget and he was able to field his players, he could still make it to full retirement.

“So, life, liberty and the pursuit of happiness doesn’t do it for those people”, derided Mindy at what she regarded as the latest in absurdity.

The first day of school was still a week away and the coaches were assembled in Mike Robinson’s office, discussing game schedules. Once the room cleared, the Athletic Director asked Joe to stay.

“How did Marcus do in pre-season?”

“Good arm, quick on his feet, but still a sophomore. Why?”

“Baker wants him to start in the first game against Langston High”, Mike came out with a business-like tone.

Joe frowned, visibly disapproving at what he just heard. Since when does the principal of a school make football calls, he thought to himself. “But we already have Jayson as the starting quarterback and he’s a senior.”

“I know”, said Mike. “I’m on your side, but the latest is that Baker is pushing for more resources into the classroom and less into athletics. And he has the board behind him.”

“So, what does that have to do with Marcus?”, asked Joe quizzically.

Mike opened up. It was clear he wasn’t comfortable with the topic. “He’s black and if he wins the first couple of games of the season then Baker won’t push the issue until next year.”

“And if he loses?”, replied Joe with a puzzled face.

Joe knew Mike for years and trusted his judgement. Both were veterans of Jefferson, a school with changing demographics. Thrown into a situation neither created, nor could influence, it was best to go along.

“Good luck against Langston this weekend”, smiled Baker at Marcus as they crossed each other in the hallway. Baker was making his usual pre-lunch rounds, catching students as they shuffled between classes. In contrast to last year, he now wore finer suits, gelled his hair, and walked with an uncharacteristic swagger.

Joe reviewed his lineup. His best guard had graduated in the Spring and one of his tacklers was hopping on crutches after a freak summer accident. He was hoping that Jayson could still deliver a winning season for the Bears, but even that was now tossed into question. As gifted and promising as Marcus was, he was still developing his game and didn’t have Jayson’s uncanny reaction time on the field.

“First African-American ever to QB for the Bears”, headlined the sports section of the Glenville Reporter. Below was a photo of Baker, flanked by two school trustees beaming at the camera. Mindy had the newspaper spread out on the kitchen table.

“It was Baker’s campaign, we weren’t invited”, replied Joe.

Campaign is the right word, mumbled Mindy to herself, snorting and folding the paper.

Unless the Bears were running in the state championships, the first home game of the season always drew the biggest crowd. Surveying the bleachers, Joe noticed even more parents this year, as they waved and greeted each other with the usual excitement that accompanies the beginning of a new school year.

FlashFiction: DEATH IN HELSINKI- an aging olympian bonds with a young athlete

On the field, Glenville had the first ball. A quick snap and Marcus pulled back, searching for his wide receiver. Spotting him tearing downfield, he released and managed a 15-yard completion. In the next two huddles, he called for running plays and advanced the team into Langston territory. Held at the 24-yard line on the 4th down, Joe signaled for a field goal, which easily went through the uprights.

A touchdown in the second quarter raised the score to 10-0 in Glenville’s favor. Cheers and claps erupted from the stands as both teams retreated for half-time. On the Glenville side of the gridiron, the squad celebrated with high-fives and back slaps. Joe was all smiles, but doubts and even a sliver of anxiety still lingered.

All eyes were back on Marcus in the second half. But nobody expected Glenville’s glorious day to spiral into disaster. Ten minutes into the third quarter and with the Bears in possession, Langston blitzed with ferocity. In an instant, two defensemen were on top of Marcus like predators on a hunt.

A scream of agony suddenly pierced the air. “Ahhh, aahhh…”. It grew louder and more ominous. The players around him moved back, horrified by what they saw in front of them. Joe dashed to the scene, his heart racing. Covered in blood, the bone in Marcus’ shin was protruding through his skin.

FlashFiction: BELLEVILLE- a family man reacts to the  mysterious death of his sports hero

Baker did not attend the game and for most of the week, he fielded calls from parents, trustees, and doctors. Questions circulated through the community. “Why was an inexperienced sophomore starting on the varsity football team?” “Why did the school principal get involved in selecting players?”

Marcus suffered a compound fracture of his tibia and fibula. Hours of intensive surgery ended with his right leg ½ inch shorter than the other. But for Baker, the worst news arrived Thursday with the newspaper headline.

Spending the morning in his office with the door closed, he avoided the usual jaunt through the school corridors. By noon, he finally made the call that had preoccupied his mind for hours.

“It’s all over, forget about everything we discussed”, said Baker to Carson Wells, a political consultant from the state voting district.

At home, Mindy was reading the front-page headline of the Glenville Reporter with a smirk on her face: “Family of Football Player to Sue School Board for $10 Million.”