FlashFiction: a high school goalie falls in with hoodlums 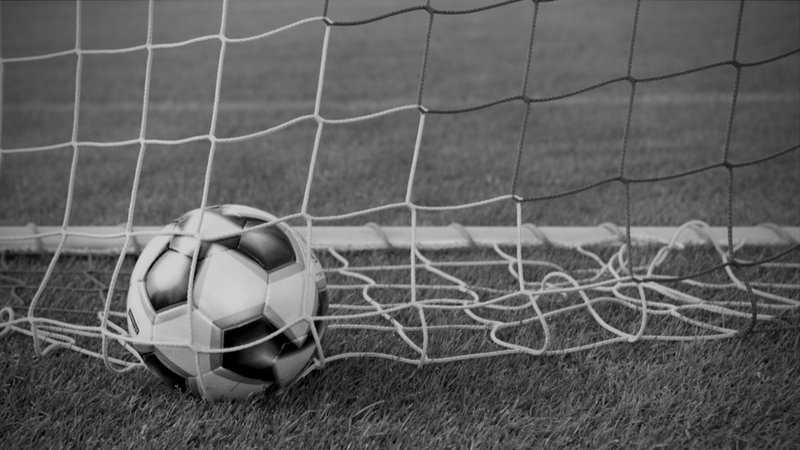 Jake stood between the two goal posts, knees bent and body arched forward. His gloved hands were raised to chest level, ready to block the penalty shot coming his way.

Twelve yards out, taking short but rapid steps towards the stationary ball, the kicker blasted a missile to Jake’s left. Jake leapt to the right.

The penalty goal raised the score to 2-1 in favor of the visitors. It was the final game of the season and it didn’t matter that Jake’s team lost, since they had already clinched a berth in the state championships. The Wolverines were perennial contenders and today’s match was little more than a check mark on the calendar.

Jake threw on his shoulder bag and started heading home, aloof to the dreary fall day. Polk Bay, a shabby industrial town, was anything but a picturesque community that one imagined along the seashore. Even on a balmy Sunday and bathed under full sunshine, Polk Bay couldn’t shed its gritty feel.

“You did good, kiddo”, uttered a throaty voice from behind.

Jake turned around and saw Nick creeping up on him. He knew what Nick meant but he didn’t respond. The two slowed down their pace, Nick stretching a smile across a scruffy face and Jake looking away.

“There’s big money next week with the championship. You’ll hear from me soon.” Then, as quickly as he appeared, Nick took off, crossing the street and rounding the corner.

Despite some misgivings, the money scheme didn’t weigh on Jake’s conscience. The bets were on spreads, not final outcomes, so he wasn’t jeopardizing the team’s standing. He made that clear when Nick approached him about fixing game points. It was an easy win-win for everyone.

“When does the championship start?”, asked Jake’s father at the dinner table. Proud of his son’s achievements at the net, he took interest in all of his games. The two bonded on soccer more than anything else between father and son.

“Next week”, said Jake, digging into the chicken and rice spread on his plate.

Second generation immigrants, Jake’s father and mother embodied the close-knit, church-going Catholic family that characterized Polk Bay. There was little money for leisure, but with tales of hardships from the old country still trading at family gatherings, they took nothing for granted and led a dignified life.

“Jake, a scout is coming to see you”, said Coach Reed, the high-school soccer coach.

Jake was elated at what he heard. He was a senior in a mediocre high-school with mediocre grades and soccer was his ticket to a college scholarship. He knew his father would jump at the news.

Proud of his star goal keeper, Reed went on. “He watched the video clips we sent him and he’s coming to the opening game. It’s the only time he can see you, so be at your best.”

Reed stared at him with a puzzled look. “He’s the most respected scout in the northeast and his schedule is very tight. Besides, we’re playing the Grizzlies and you’ll do fine, since we always beat them.”

Distraught and agitated, Jake couldn’t focus for the rest of the day. On his way home from school, he called a number that was saved on his cell phone, but which he never dialed before.

“Can’t do it, Jake. Got thousands of dollars now riding on the game. You better not mess this up, or you won’t see the light of day!”

It now sunk into him that he was no longer part of a simple, harmless arrangement. Nick and his street thugs had their own rules and a high school kid was as disposable to them as tissue paper.

The plan had already been set and this time, with 2 other players. The Wolverines were favored to beat the Grizzlies by wide margins, but the fix called for just a 1-point spread. If the gap were to grow wide, then Charlie, the left-wing defender, would force penalties in the box and Jake would allow the goals. Charlie was Nick’s cousin and swaying him to abort the fix was hopeless.

Tormented, Jake couldn’t sleep. Again and again, his mind rolled over the fateful choices that suddenly befell him. It meant losing a possible scholarship if he weren’t at his best, or proving his talents and getting roughed up by vengeful hoodlums.

Game day was crisp and sunny. Jake was still without a decision and in a state of mental anguish. He saw the scout standing next to Coach Reed on the sideline, but he also caught a glimpse of Nick sitting in the bleachers with Charlie’s family.

The Wolverines scored the first goal 9 minutes into the match. It was obvious to Jake that his team would dominate, which only added to his anxieties. But then, on one of the Grizzlies’ downfield runs, their center forward launched a hard ball towards the net, which Jake punched out in a spectacular dive that sent cheers around the field.

Instantly, he was transformed. As if seized by an inexplicable force, his fears melted away and he decided he wasn’t going to abandon his future. The racketeers were nothing to him anymore and he would go even further that day, knowing exactly where the penalty shots were directed.

The Wolverines scored their second goal at the 30-minute mark. Charlie signaled to Jake that it was time. At the next Grizzlies play inside the penalty box, Charlie tripped the midfielder, which triggered a penalty. Jake timed his dive with the kick, knowing the ball was heading to the left. On a leap, his hand deflected the shot. The kicker gazed at him, bewildered, since he was in the scam too.

“What the hell are you doing?”, whispered Charlie when the two were alone. Jake didn’t reply.

Another goal in the second half made it 3-0 in favor of the Wolverines. Charlie was visibly nervous and at the next opportunity, he fouled again for a penalty. He was ejected with a red card and the penalty shot that followed was blocked as well.

FlashFiction: BELLEVILLE- a family man reacts to the death of his baseball hero

For days, Jake found himself looking behind his shoulder on his walks to and from school, but there was no sign of Nick. He figured that Nick forgot about him, or he was just too famous now in Polk Bay and was presumably untouchable.

Thanksgiving was always a big affair at Jake’s household, but this year called for a bigger celebration. Jake's team won the state championships and colleges from across the country were reaching out.

Jake’s mother yelled out a scream after hanging up the phone. “No, No…!”

Blacked-out with guilt and shame, Jake knew there was more to the story than what the police had just described. His father was rushed to the hospital after being assaulted and severely beaten. He was coming out of the store carrying a holiday turkey.

IF YOU ENJOY OUR FREE CONTENT, PLEASE CONSIDER A VOLUNTARY DONATION TO SUPPORT OUR WITING & JOURNALISTIC EFFORTS.