A Stockbroker, A Wager, And The Great Golf Marathon

Eighty years ago, the “New York Journal” proclaimed James Smith Ferebee, a flamboyant 32-year old stockbroker from Chicago, the ‘Hercules of Golf’. Yet today, few fans and even golf historians know his name or what he did to earn that designation.

A Stockbroker, A Wager, And The Great Golf Marathon 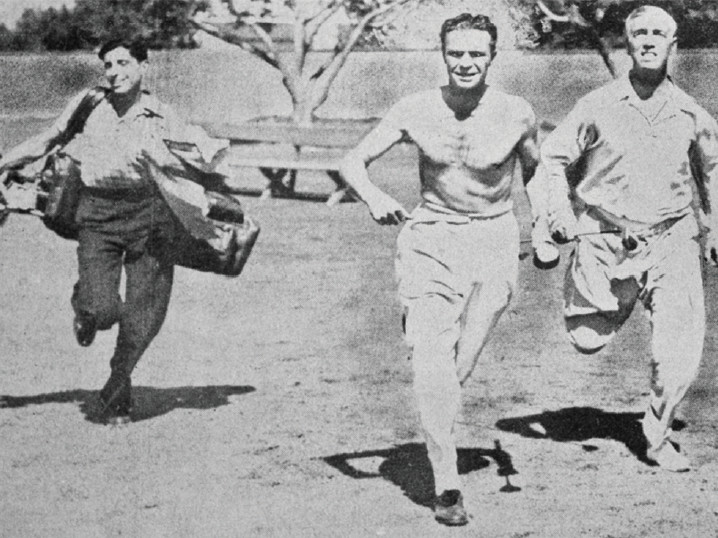 A little more than 80 years ago, the New York Journal  proclaimed James Smith Ferebee, a flamboyant 32-year old stockbroker from Chicago, the ‘Hercules of Golf’. Yet today, few fans and even golf historians know his name or what he did to earn that designation.

Towards the end of the Great Depression in 1938, Ferebee entered into a wager with his friend and business partner, Fred Tuerk, that he could play 8 rounds of golf (144 holes) in a single day at the Olympia Fields Country Club.

The Chicago native would have to walk or run between his shots and was only allowed 95 strokes for each 18-hole completion.  On the line was his half of the almost 300 acres of waterfront property in Virginia that the two friends co-owned.

Remarkably, Ferebee successfully finished off the club-swinging challenge and won the bet.

Soon enough, the tale of the golf marathon spread and even Robert Ripley, whose “Believe It Or Not” radio program was the most popular show in America, invited Ferebee as his guest on the air.

In time, dozens of adventuresome Americans began playing their own day-long contests, though on courses far easier than Olympia Fields. But when the Chicago papers reported on a housewife who played 150 holes, Tuerk became convinced he’d been conned and sought another stake.

Ferebee was now goaded into a high-profile national challenge, sponsored by heating and air-conditioning magnate, Reuben Trane, who was seeking to advertise a new invention.

This time, the Midwesterner was invited to play 600 holes over four consecutive days and in eight different cities, starting in Los Angeles and ending on the East Coast in Long Island, N.Y.

Ferebee still had to walk and manage an 18-hole score card under 100, or he would lose the land.  If he succeeded, Tuerk would pay the mortgage on the property.  Trane’s sponsorship role? He rented an American Airlines plane that transported Ferebee from city to city.

Ferebee teed up on September 25, 1938, playing 84 holes at Lakeside Country Club in Burbank, California, and 81 holes at Encanto Golf Course in Phoenix.

On September 27, he turned in 75 holes at Tuckaway CC in Milwaukee and 72 holes at Olympia Fields, his home course.

Finally, on September 28, he sunk 72 holes at North Hills CC in Philadelphia, 72 holes at what is now the Eisenhower-Red course on Long Island and one makeshift hole in front of the Administration Building of the 1939 World’s Fair, for which he was paid $1,000.

Over the course of four days and nights, Ferebee took 2,858 shots, averaging 85.7 strokes per round.  He went through 40 pairs of socks, eight pairs of pants, eight golf gloves, and walked 182 miles.

The cross-country golfer began each day just after sunrise, and usually finished around 10 p.m.  Local fire departments dispatched trucks with spotlights to illuminate the way during his night rounds.  The clubs provided a total of 48 forecaddies to help him locate any errant shots.

In New York, Trane sent a groundskeeper to buy $100 worth of railroad flares, which the forecaddies used to line the fairways so Ferebee would have a target.

A 15-handicap who weighed just 160 pounds at the start, Ferebee lost 21 pounds over four days.

But of all the amazing statistics compiled, one stands out.

He didn’t lose a ball.

Jim Ducibella is the author of "King of Clubs: The Great Golf Marathon of 1938", which was selected the 2012 golf book of the year by the International Network Of Golf.  The book is available for sale on our site.   jducibel@gmail.com  linkedin.com/in/jimducibella