A Bronx Kid Takes Aim At The Babe’s Record 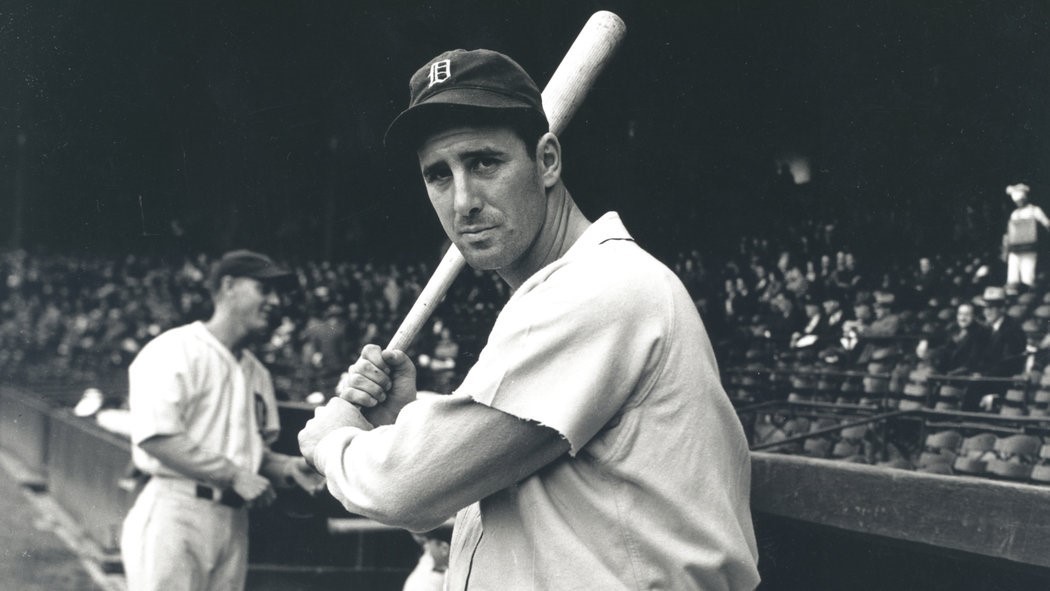 At the start of the baseball season 80 years ago, few people imagined that Detroit Tigers’ Hank Greenberg would come close to matching the most hallowed sports record at the time, the 60 home runs Babe Ruth hit in 1927.

Birdie Tebbets, one of those baseball lifers, was on the Tigers at the time and said that aside from Jackie Robinson, no one in the game had it tougher than Greenberg, a kid from the Bronx born to Jewish immigrants.

The first baseman who ended up playing in the midwest endured anti-Semitic jibes from opposing players and fans throughout his career, but he had also earned a modicum of respect from his detractors when he put principles ahead of personal gain. In 1934, he famously sat out a crucial game because it fell on Yom Kippur, the holiest day in the Jewish calendar.

The Tigers were having a bad season in 1938 after years of champion-caliber play. By the time the All-Star break rolled around, Greenberg was the only real story, quietly accumulating home runs until someone noticed he might actually have a chance to best Ruth’s “unapproachable” total.

While all this was going on, the twilight hours were descending over Europe as talk of war started to make headlines. Greenberg’s parents had emigrated to the U.S. from Romania in the early 1900s, but they still had family in “the old country” and anxiety was no doubt running high.

Still, the Detroit slugger went about his business, sending baseballs into the stands and serving as a role model for Jewish kids. As the round-trippers piled up, beat writers and columnists began to take note and stories about the big strapping kid from New York moved from the sports section to the front page.

The Jewish media, which rarely reported on doings in the sports world, began to take note as well, offering primers on the game for the uninitiated. Like Jesse Owens in the 1936 Berlin Olympics, Greenberg served to counter Germany’s claims of the inferiority of the non-Aryan.

When he hit upon a brief slump in August, the pundits wondered if the pressure was getting to him. Had they asked, he might have told them that hitting a baseball was nothing compared with what millions of others were going through. But they didn’t ask. In those days, athletes were expected to do their jobs and keep their mouths shut. Opining on political issues was beyond their pay grade.

Greenberg’s offense began to pick up again as the season wound down. He had 58 home runs when the Tigers faced the Cleveland Indians for their final series. A rainout necessitated a doubleheader on the last day of the season.

Greenberg went homerless against Indians’ wunderkind Bob Feller in the first game. In the nightcap, time just ran out. The home plate umpire apologized when he called the game after seven innings because of the encroaching darkness. Night baseball was not yet commonplace.

“That’s all right,” replied the weary strong man, “This is as far as I can go, too.”

There are those who believe to this day that pitchers didn’t give him anything good to hit, not wanting a Jew to break Ruth’s revered mark, but Greenberg – ever the mensch -- denied those claims, saying that he simply ran out of gas.

Ron Kaplan is the author of three sports books including “Hank Greenberg in 1938: Hatred and Home Runs in the Shadow of War” (Sports Publishing). His books are available for sale on our site. Ron can be contacted at: ronkaplansbaseballbookshelf@gmail.com   Twitter @RonKaplanNJ